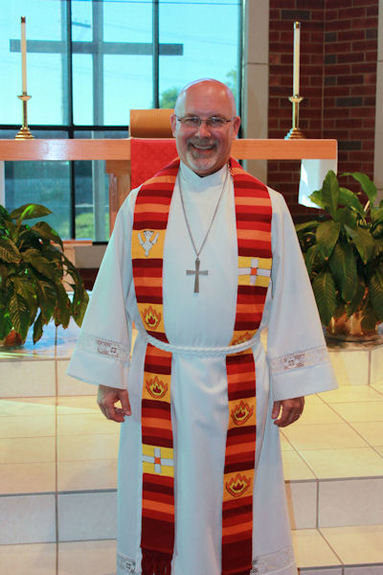 A graduate of Concordia University in St. Paul, Minnesota, and Concordia Seminary in St. Louis, Pastor Adams was born in Colorado Springs, Colorado, but raised in Wisconsin. His wife, Laura (Vogt) Adams, is a Minnesota native and is also a graduate of Concordia University       St. Paul. They were married on November 28, 1981.     They have three children - Amanda (husband Kyle Worner), Nicholas and Kevin.

Rev. Adams has done graduate work at Concordia University, Seward, Nebraska, in the Family Life Ministry Program, and in Pastoral Care and Counseling. He has served on the Children's and Family Life Committee of the Kansas District of the Lutheran Church-Missouri Synod and as a Circuit Counselor.